"Hello, Tomorrow" at The Hazel Wolf Gallery in Berkeley 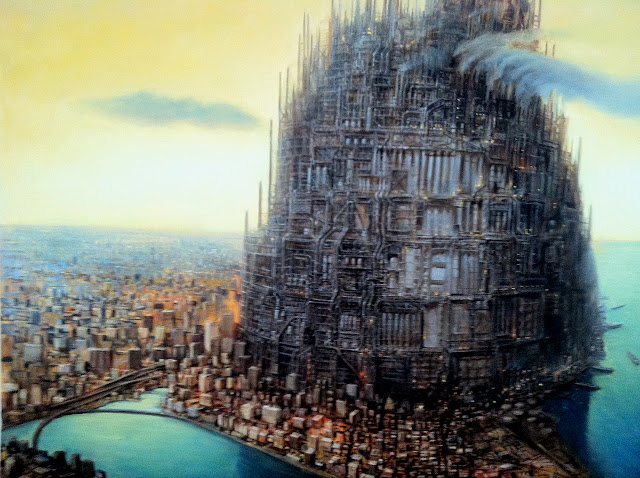 Not being able to make the opening of Hello, Tomorrow, we stopped into the Hazel Wolf Gallery this week. The exhibition contains works which comment on the state of our world - either environmentally, politically or socially.
The Brower Center asked Bay Area artists to respond to David Brower’s quote: “Have a good time saving the world. Otherwise, you’re just going to depress yourself.”
We were very impressed by a number of works, especially the above piece by Michael Kerbow, Their Refinement of the Decline.
Mark Bryan's Mad Tea Part Duh was a joy to view as well, everybody's in there! 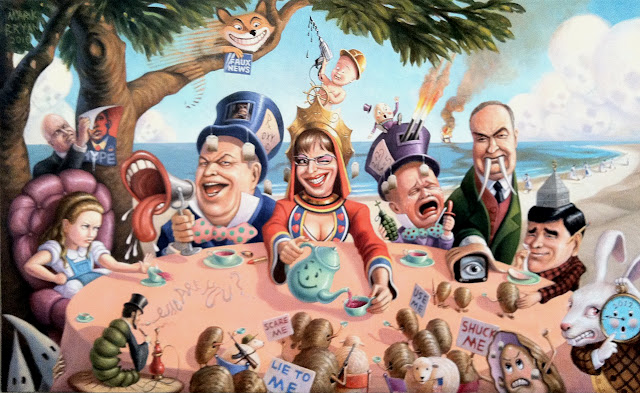 Michelle Water's Global Warning was not new to us but certainly great to see again. 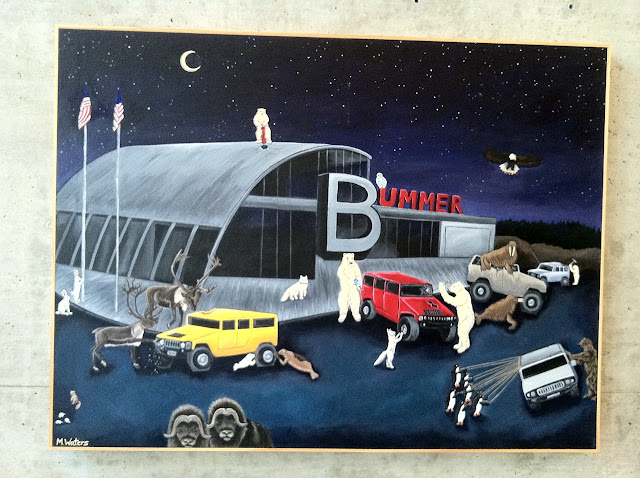 Jeff Long's Farallon is a large and spectacular avian watercolor. 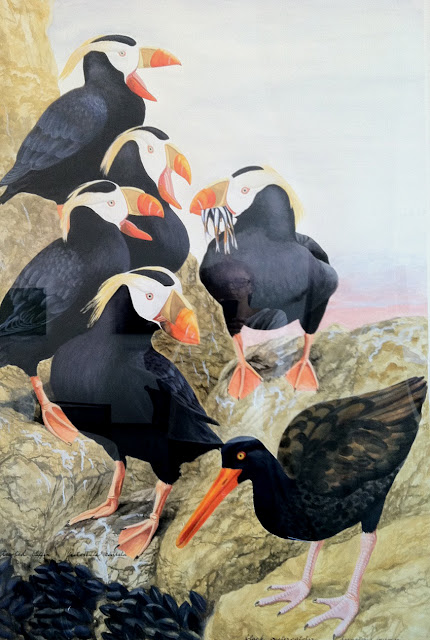 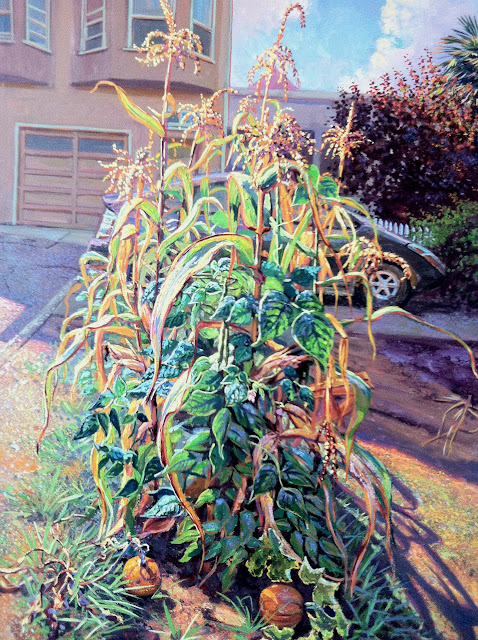 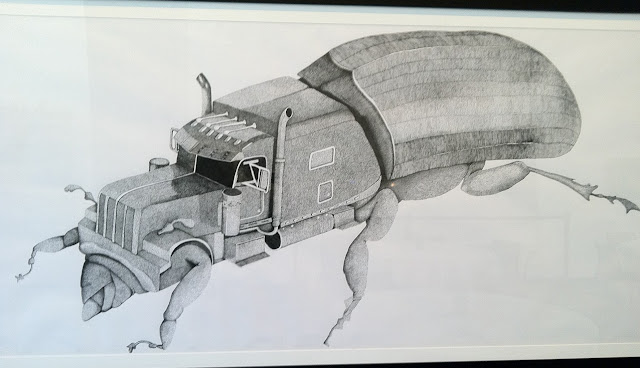 There were a number of other pieces (all below), more conceptual, abstract as well as traditional, many mediums and styles. A pretty good view - if you are in the hood, of downtown Berkeley, stop in to see it. The show will be up until Sept. 2nd, 2011. 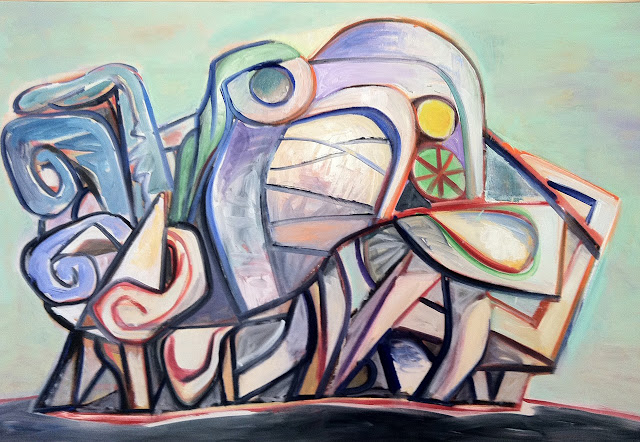 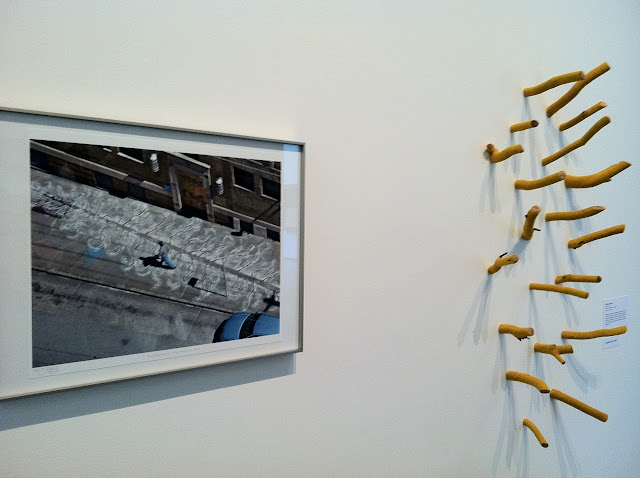 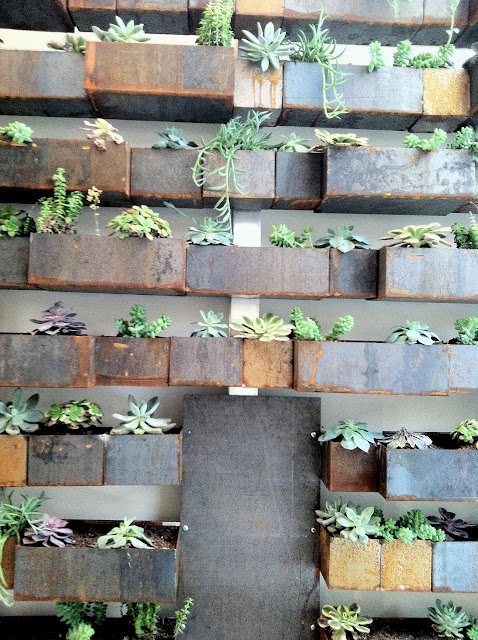 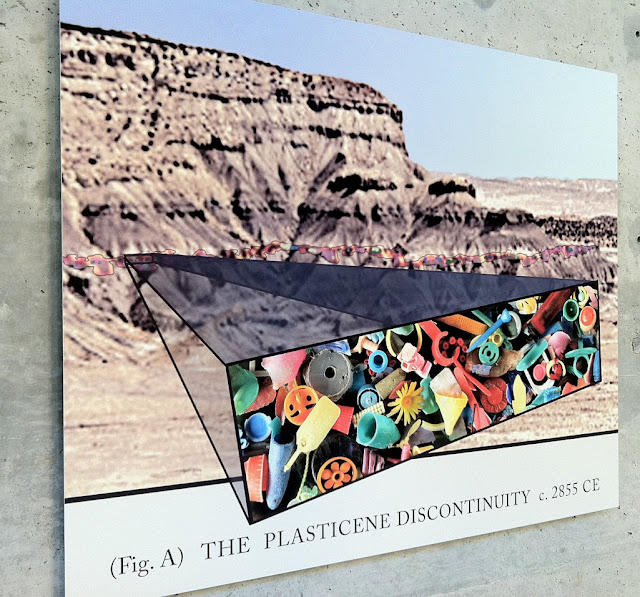 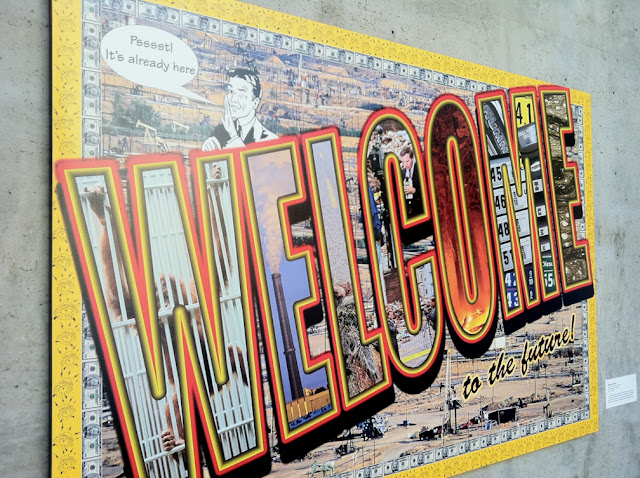 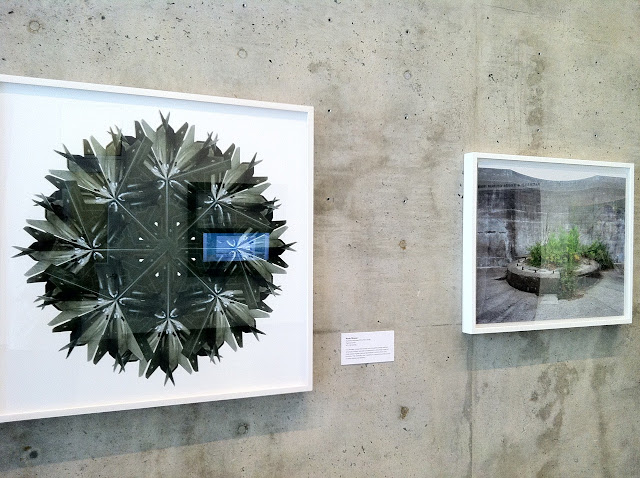 Eclectix first spotted local SF artist Alexis’ works at a little shop in the Mission District of San Francisco years ago. Beautifully detailed and elegantly composed collages that speak of vintage times, organic shapes and anatomical darkness. Her vision progressed to more text and word based imagery which slowly reveal a message. Her newest works ( very bottom piece) are much more abstract and non-figurative with a light airy feel and muted palette.
Interview with Fecal Face here - LINK 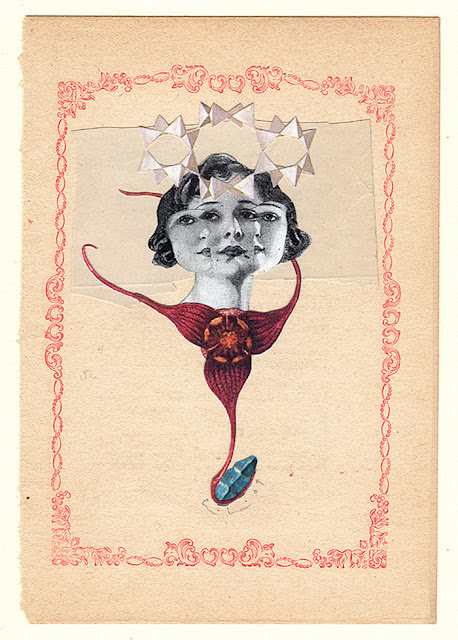 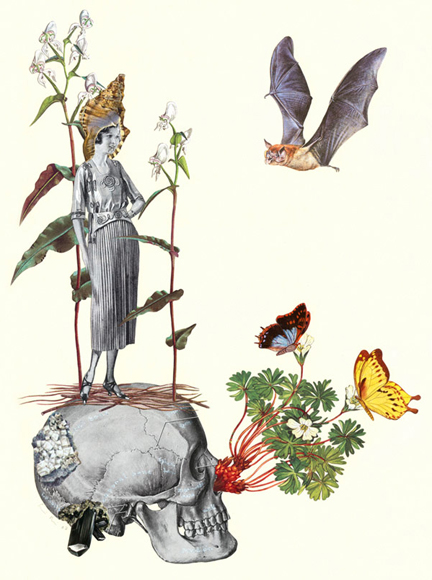 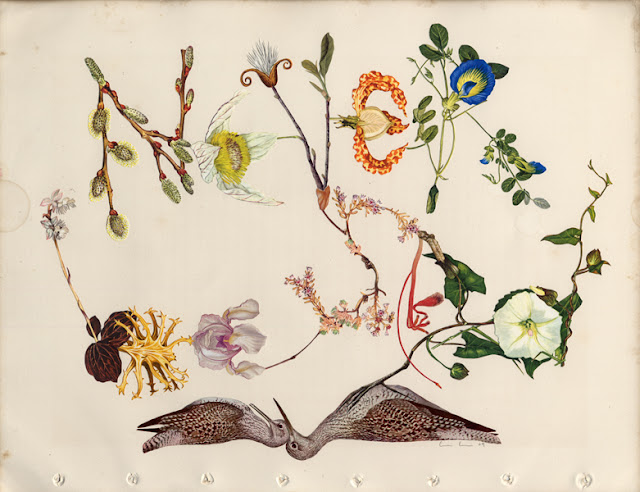 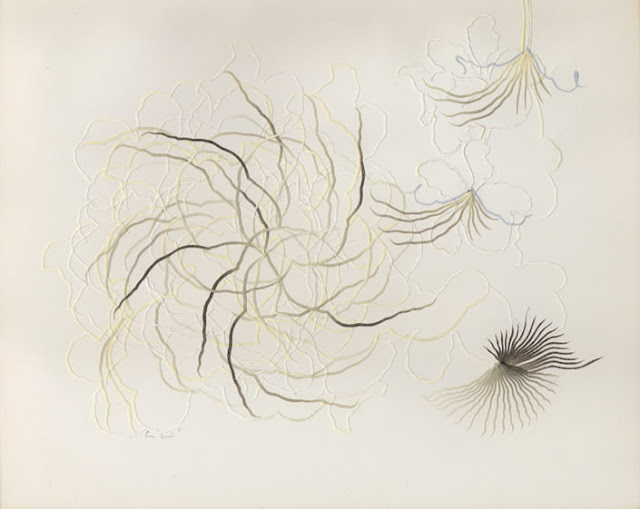 “All of my collages are composed by hand – cut from books I’ve been collecting for years, and painstakingly pieced together as seamlessly as possible. They create themselves through a process beginning with a loose concept, followed by a series of trials and errors, subtle maneuvers, selection/elimination, harmonious unions, and happy accidents. It is a meditative process, and there is a lot of decision-making behind each element involved.
My general intent, throughout all my work, is to portray the world as a flawed thing of beauty – a place that shines brightly, but has a dark side to match."
You can view her works at her website and see some of her more recent efforts at the POVevolving Gallery.
Originally posted in the Eclectix Paper & Arts Issue, June 2011 along with the online exhibit of paper arts - LINK
Posted by Artpusher at 8:30 AM No comments: