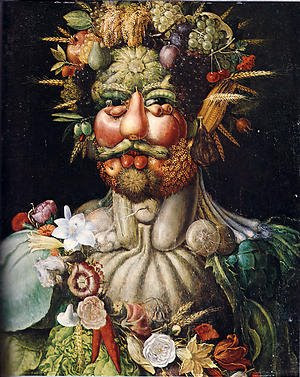 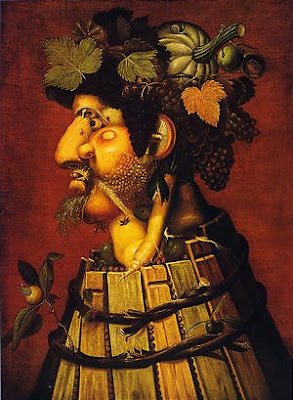 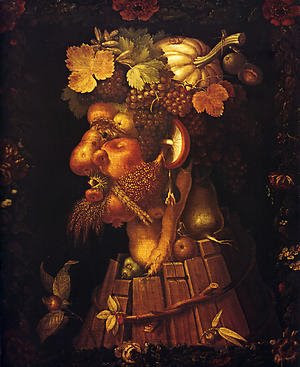 Giuseppe Arcimboldo was an Italian painter best known for creating portrait heads made entirely of such objects as fruits, vegetables, flowers, fish, and books — that is, he painted representations of these objects on the canvas arranged in such a way that the whole collection of objects formed a recognisable likeness of the portrait subject.

The Milanese and the Hapsburgs couldn't get enough of him during his 16th century lifetime but, after his death, Giuseppe Arcimboldo's works languished unnoticed in some moldering closet of art history for over 300 years. Until, that is, the Surrealists came along, drew inspiration from his anthropomorphic paintings and touted the artist's name once again.
Vertumnus (Portrait of Rudolf ll) is one of the latest, and perhaps the very best surviving example of the artist’s ‘composed heads’. He painted it in 1591, during his final visit to his native Milan.